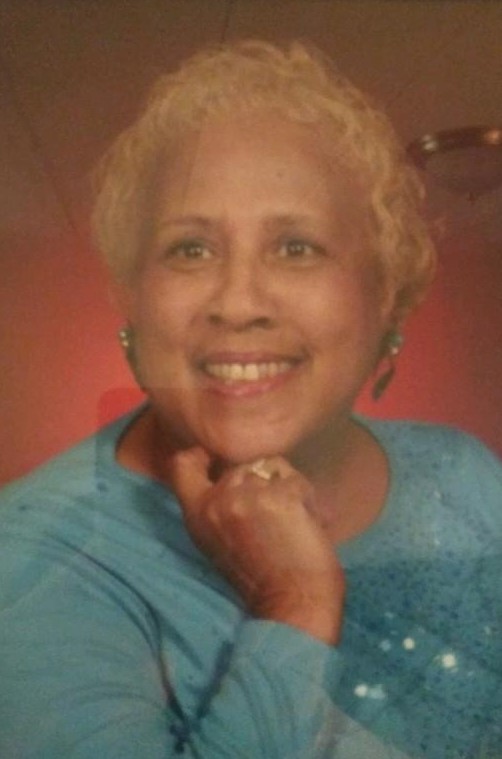 Today and always we will celebrate the Life of Inez Coleman, who entered this world on September 26, 1942.  She was the first to be born to Mr. and Mrs. Jimmie Duke in Clarksdale, Mississippi.  God’s Angels were on assignment to usher Inez to her heavenly home on Thursday, September 12, 2019 at 4:25 P.M. She passed away peacefully with her family and a lifetime friend, Dolores Harris (Whom Inez affectionately referred to as honey girl), by her side.   Inez relocated to Pittsburgh from Williamsport, PA. In 1973 with Ronald Coleman, who later became Bishop Coleman.  He preceded her in death; and his family became her family.  She lived a life that was typical for women of her time, working and raising four children, Reshainda, Reginald, Cathy, and Vivian.  Always providing her best, they wanted for nothing. She made sure they stayed in school and she was extremely proud when they went on to college.  Reshainda attended Fisk University, in Nashville, TN.  Cathy attended Duquesne University in Pittsburgh, PA and Reggie attended and graduated from Tulane University in Louisiana.  Vivian attended a private school in Pittsburgh, where she ran track, and was quite a star.  Inez had a career in nursing.  She proudly worked and cared for our Veterans at the VA Hospital for over 20 years.  To the Veterans she showed compassion and love.  During her years or nursing, she worked as a Visiting Nurse for Allegheny County, a Hospice Nurse, and provided private duty nursing for Max Azen, owner of Azen furs in Pittsburgh, along with others.  Inez loved politics and served as a Committee Chair for her Voting District.  And campaigned wholeheartedly for President Barack Obama.  She was involved in an organization for Aids Awareness and led a team of “Angels of Mercy” marching for the cause in the streets of Pittsburgh. Inez was a Consultant for Mary K Cosmetics… “She wanted that “Pink Cadillac”  Indeed she was an inspiration… Her accomplishments were many, and those who knew her… know of them. Inez had a good heart and she was most grateful … one to always say, “Thank you” “Thank you”  “Thank you.”  Any and all gifts given to her were cherished and all cards displayed on the refrigerator, over a doorway and any place there was space to display. She attended and was a member the Monroeville Assembly of God Church.  And truly loved the Lord. Her house was a place where people gathered for holiday parties and events… and they were always opened to the neighbors.   When I think of home… I think of Inez…Inez is survived by four children, Reshainda Duke, Reginald A. Duke, Cathy Williams-Sye, and Vivian J. Sye. Grand children, Kisha Duke, Brandon M. Williams, Little Reggie Freeman, and Jamie Freeman. Great Grandchildren, Malaya, and Zion.  Three sisters, Eva Bennett, Rosetta Duke and Penny Jo Duke.  Niece Camille Anderson and husband Tre.  Nephews, Anthony Duke, wife Sonja, and children, Derrick Patrick and son, William Kinchelow and children, Lennon Floyd.  Sister-in Law Ann Coleman and family.  And a host of friends. The family would like the memories of Inez to be happy ones,  Happy times and laughing times… leaving an afterglow of smiles.  And I’m sure Inez would like the tears of those who grieve … to dry in the morning. Like a ship sailing on the ocean… drifting into the horizon… we can’t see it… but it’s still there. Inez is not gone…she is just beyond the horizon… Living in your heart.  Let the precious memories linger.   Friends recievied Thursday 4pm to 8pm Funeral Service will be Friday at 11am at Rose Funeral Home & Cremation Services