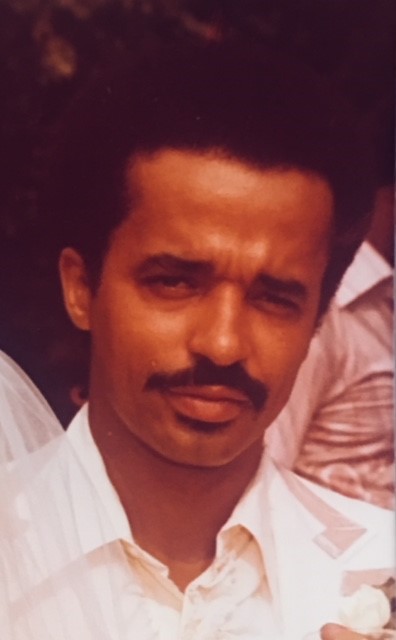 Francis Nils Dickerson, 72, of Pittsburgh, Pennsylvania, passed away peacefully on Sunday, February 23, 2020. Francis, known as “Putsey” by his family and friends, was the youngest son born to the late Clarence J. and the late Edna Leona Dickerson, on June 18, 1947, in Pittsburgh, Pennsylvania. He graduated from George Westinghouse High School in Pittsburgh in 1966. During his high school years at Westinghouse, Francis played the violin and was in the junior and senior orchestra despite being deaf in one ear. He also played the bass and kettle drum. Francis was also a strong swimmer and was a letterman while at Westinghouse. He was known for his desire to dress in fine clothes and to look dapper wherever he went. He loved playing cards and spending time with his friends. Francis also enjoyed computer science and mathematics. He had a zest for enjoying his life to the fullest. Following his graduation from high school, Francis served his country as a Seaman for the United States Navy. He served for six years to support U.S. military efforts during the Vietnam War. Following his honorable discharge from military service, Francis worked for Equitable Gas Company for several years. In 1977, Francis married Vanessa Whitfield and lived in Pittsburgh, PA. From their former union, they bore one son, Francis Jovan. Loving as his own, Francis also raised his young step-daughter Oniessa Yancy, along with Vanessa. Francis was there to help wherever he was asked. Tasks such as painting, cutting grass, moving, and other handiworks were things he enjoyed doing. He served as the caretaker for his mother Edna in her later years by cooking for her, doing housework and taking care of his young nephew, Clarence. He leaves as his legacy two children: Francis J. Dickerson, and Oniessa C. Yancy. He also leaves to cherish his memory a host of family and friends, including six grandchildren, Christopher, JaVoughn, Olivia, Michaela, Saniya, and Eboni; two great-grandchildren, Kaylea and Naomi, and two siblings, Karen Alexander and Clarence F. Dickerson, eight nieces and nephews, Eric (Roz), Kristin (Guy), Howard, Athena, Jamie (Timothy), Kelli, Clarence, and Clarissa, eight great-nieces Keyna, Michaela, Kaitlin, Hailey, Katana, Adara, Lauren, and Khamora. He was preceded in death by his sister Nancy Carol Arture, brother, James Nathaniel Dickerson, brother-in-law Howard M. Alexander, Jr., sister-in-law Gloria Dickerson, and great-niece Keri Maria Brown. A memorial and Christian Funeral Mass is scheduled for 10:00 A.M. on March 13, 2020, at The Church of the Holy Cross in Homewood. Rev. Torrey O. Johnson will officiate the ceremony. Internment following service will be at Homewood Cemetery in Point Breeze. A repast will follow internment at The Church of the Holy Cross. The family requests that donations in lieu of flowers be made to The Church of the Holy Cross. The family would also like to thank all acts of kindness, prayers, and love bestowed upon them at this time.