n Loving Memory Anne Dolores Smith Curtis, age 89, passed peacefully in her home August 4, 2018 in the loving care of family and friends. Born and educated in Salt Lake City, UT where she studied piano with Frank Asper, organist of the Mormon Tabernacle Choir, she raised her children, Conrad, Martha and Paul Curtis, in Michigan and spent her last years with Martha’s family in Pittsburgh. She is survived by her three children, their spouses and 10 grandchildren. To honor her steadfast love and respect for children and deep belief in arts education, donations can be made to Neighborhood Youth Outreach Program, St. Stephen’s Episcopal Church, 600 Pitt Street, Pittsburgh, PA 15221. A memorial service will be held August 15, 1:00 at Calvary Episcopal Church 315 Shady Ave, Pittsburgh
Passed away July 29, 2018
Age 65, Yvonne passed away peacefully at her home on Sunday, July 22, 2018. Beloved wife of Fredrick J. “Jim” Litschge; mother of Christine Sarteschi, Jessica Sanford, Maralee Litschge; grandmother of Emma Sanford; sister of Janet, Susie, Cindy, Tommy, Lisa, Louie, and the late Lee, Johnny, Keith, and Linda. In lieu of flowers, donations can be made to the Treatment Advocacy Center, 200 North Glebe Rd., #801, Arlington, VA 22203. Visitation will be held at RAPP FUNERAL HOME, 10940 Frankstown Rd., Penn Hills, PA 15235, (412-241-5415) on Thursday, July 26 from 4 p.m. until time of service at 7 p.m.

Release No: 18-109 Aug. 2, 2018 WASHINGTON — The Defense POW/MIA Accounting Agency (DPAA) announced today that the remains of a U.S. serviceman, accounted for from the Korean War, are being returned to his family for burial with full military honors. Army Sgt. William A. Larkins, 20, of Pittsburgh, Pennsylvania, accounted for on May 4, 2017, will be buried Aug. 10 in Bridgeville, Pennsylvania. In late November 1950, Larkins was a member of A Battery, 503rd Field Artillery Battalion, 2nd Infantry Division, fighting off persistent Chinese attacks in the Ch’ongch’on River region of North Korea. Through a series of attacks, the Chinese Communist Forces (CCF) pressed 2ID units into local withdrawals to avoid being outflanked. On the night of Nov. 25, 1950, the Chinese People’s Volunteer Forces (CPVF) began relentless attacks which continued until the end of the month. On Dec. 1,1950, the 503rd FA BN began their movement down the Main Supply Route under continuous enemy mortar, small arms and machine gun fire, toward the town of Sunchon, where Larkins was reported missing in action. Following the war, one returning prisoner of war reported that Larkins had been captured and had died at an unknown prisoner of war camp in January 1951. Based on this information, the U.S. Army declared him deceased as of Jan. 31, 1951. In April and May 2005, a Joint POW/MIA Accounting Command (now DPAA,) and KPA Recovery Team conducted the 37th Joint Field Activity in Unsan County, North Pyongan Province, North Korea. A site southeast of the Pukchin-Tarigol Prisoner of war camp cluster was found to have probable human remains and material evidence, and was completely excavated. The remains were sent to the DPAA laboratory for analysis on May 27, 2005. To identify Larkins’ remains, scientists from DPAA and the Armed Forces Medical Examiner System used mitochondrial (mtDNA), Y-chromosome short tandem repeat (Y-SYR) and autosomal (auSTR) DNA analysis, as well as dental and anthropological analysis and circumstantial evidence. DPAA is grateful to the government and people of the Democratic People’s Republic of Korea, and looks forward to the continued fulfillment of the commitment made by President Trump and Chairman Kim on the return and recovery of U.S. service members in North Korea. Today, 7,691 Americans remain unaccounted for from the Korean War. Using modern technology, identifications continue to be made from remains that were previously returned by North Korean officials or recovered from North Korea by American recovery teams. For additional information on the Defense Department’s mission to account for Americans who went missing while serving our country, visit the DPAA website at www.dpaa.mil, find us on social media at www.facebook.com/dodpaa or call (703) 699-1420/1169. Larkins’ personnel profile can be viewed at https://dpaa.secure.force.com/dpaaProfile?id=a0Jt00000004qm5EAA 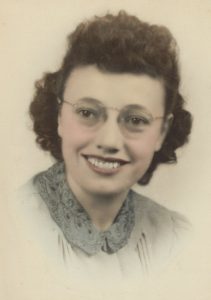