Of Oakmont PA, passed away peacefully at the age of 78 on November 6, 2018. Born in Pittsburgh, PA, he was a graduate of Albion College in Michigan and earned a PhD in Chemistry at Carnegie Mellon University. He is survived by his wife of 55 years, Suzanne; and their daughter, Cyndi, and her husband, Brian Holland; he was preceded in death by his daughter, Deborah Gibbon-Braun. There will be no visitation. A memorial service will be held Saturday, November 17, 2018 at 2 p.m. at Longwood at Oakmont, in the Ballroom, 500 Route 909, Verona, PA 15147. Arrangements by ROSE FUNERAL HOME & CREMATION SERVICES, 10940 Frankstown Rd., Pittsburgh, PA 15235, (412) 241-5415. 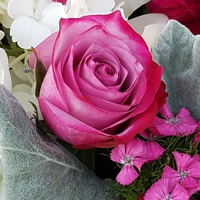 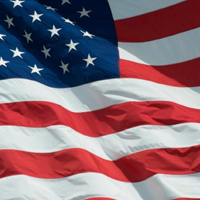 Peacefully on Saturday, October 27, 2018. Beloved father of Eric and Jennifer Kresh; adored son of Max and Gertrude Kresh; beloved brother of the late Esther Kresh. Norman served stateside during the Korean War at a research facility in Utah. After the war he attended University of Pittsburgh School of Medicine where he graduated at the top of his class. He interned at Montefiore Hospital and did his residency at Western Psychiatric Institute. In addition to developing a private practice in child psychiatry, he joined the Jewish Family & Children’s Service as Medical Director in 1963 to develop the Guski Clinic, the psychiatric facility of JFCS. His duties at the Guski Clinic included patients, administrative responsibilities and supervising the therapists. He took much pride in this role as teacher and mentor.  His work at the JFCS is one example of his lifelong commitment to giving back to the community. Dr. Kresh simultaneously expanded a private practice where he saw children, families and adults. In 1972 he formed a professional partnership with Dr. Emil Trellis. In 1973 they established a psychiatric practice at St. Francis hospital. Again he took great pride and pleasure in teaching and supervising the psychiatric residents. He retired from the practice of psychiatry in 1994. Norman was a devoted husband, father and psychiatrist. He enjoyed music, gardening, swimming, tennis and collecting fine art. His colleague Dr. Trellis, said that Norman was not only a great psychiatrist, but also a wonderful friend. He will be remembered and missed for his intellect, compassion, dedication and integrity. A memorial service will be held Wednesday, October 31, 2018 at 10 a.m., at Wienberg Village 300 JFH Dr. Pittsburgh, PA 15217. In honor of Norman, contributions may be made to HFLA – Hebrew Free Loan Association, hflapgh.org/donate-to-hfla-pittsburgh/.