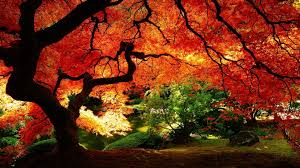 Passed away on September 12, 2021, at the age of 75, after a long illness. He was born August 2, 1946, and was a lifetime resident of Pittsburgh, PA. John was married to the love of his life, Marie, for 54 years. They had two children, John, Jr. and Dawn; along with one grandchild, Jazmine. He spent his working career as a crane operator for Westinghouse Electric Corp. in East Pittsburgh until they left the area. He was also an avid hunter and looked forward to his time spent in the woods every year. John was also a member of the Westinghouse High School class of 1966, and enjoyed time spent with old friends whenever he could. John was disabled for many years prior to his passing and was surrounded by many loved ones when he passed. John is survived by his wife, Antonia Marie; son, John, Jr.; daughter, Dawn Jackson; and granddaughter, Jazmine Bailey. He is also survived by two sisters, Helen Williams and Arlene Moon, both of Pittsburgh; and a host of nieces, nephews, and cousins. The family requests any donations be made to the American Cancer Society, in lieu of flowers. Due to the ongoing pandemic at this time, burial is private and handled by the ROSE FUNERAL HOME at 10940 Frankstown Rd. in Penn Hills.