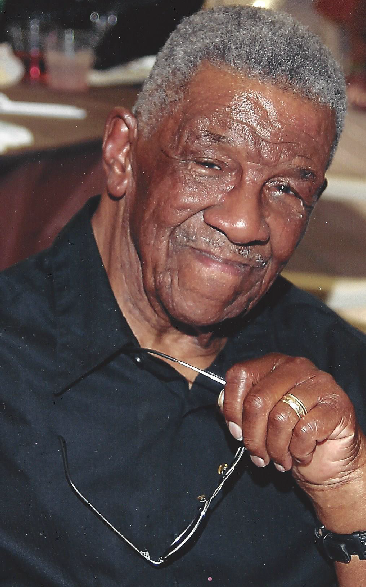 On Sunday November 15,2020 he was called home to be with GOD. James “WASH” Washington was born in Richmond Virginia on May 22, 1932 the only child of Wyatt & Rebecca Washington. After his mother’s death James and his father moved to Pittsburgh where he attended the Pittsburgh Public-School System. After receiving his education, he joined the United State Army where he served as a Sergeant of Personnel Management.  He was a long-haul owner operated truck driver known by all as “WASH” for over 30 years and after leaving that profession he worked for the State Liquor Store until he retired.  From a former marriage were born two children Denise Jordan and James Washington both reside in Pittsburgh; James was also the father figure to Vonzena Clowney of Pittsburgh.  In later year he married Bernadette Peoples where he obtained three daughter’s Darnell Lanee’ (Keith) Scoggins, Alisa Michelle (Isaac) Rodwell resided in California and Lanette Lawan Thornton James led a full and active life. He loved to travel with his wife and friends in and outside of the United States, He enjoyed bowling for years and enjoyed having family come together. James leaves to cherish his precious memories  wife Bernadette of 32 years, daughters, Denise, Vonzena, Darnell, Lanette, 6 grandchildren, Qiana, Jessica, Lawana, Christopher, Qualynn and Rickayla; 2 Great grandchildren; Jordan Amir and Amiya, Son-n-laws; Keith and Isaac; Brother-n-law Robert (Gale) Peoples. James was a loving husband, father, brother, grandfather, and friend who will be deeply and greatly missed.